An astronomy magazine article[*] describes the positions of constellations in the sky at a certain time of year:

During this month you'll see in the night sky three grand constellations: Canis Major, Orion and Taurus. But being low in the west they'll soon set, so catch them right after sunset while you can.

Discuss a plausible date and time for an observer in San Luis Obispo, CA to make this observation of Canis Major, Orion and Taurus in the sky. If there is no such plausible date and time, then explain why. Defend your answer by clearly explaining how you used your starwheel to do this, along with any assumptions that you may have made. (Ignore daylight saving time.) 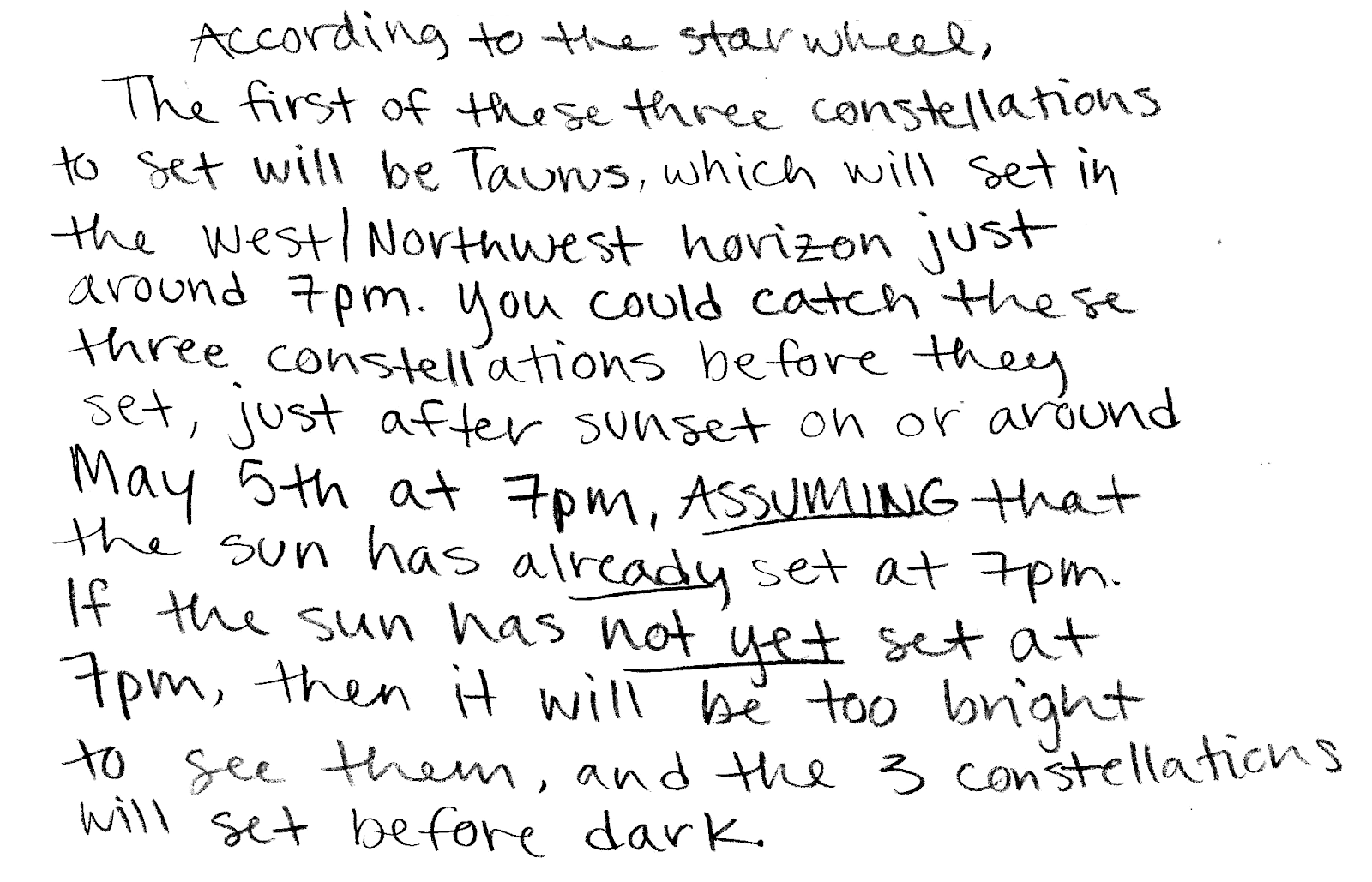