An astronomy magazine article[*] describes the positions of constellations in the sky at a certain time of year:

Every year, the constellations Canis Minor and Canis Major come to their early-evening peak of visibility in the night sky as winter winds down.

Discuss a plausible date and time for an observer in San Luis Obispo, CA to make this observation of Canis Minor and Canis Major in the sky. If there is no such plausible date and time, then explain why. Defend your answer by clearly explaining how you used your starwheel to do this, along with any assumptions that you may have made. (Ignore daylight saving time.) 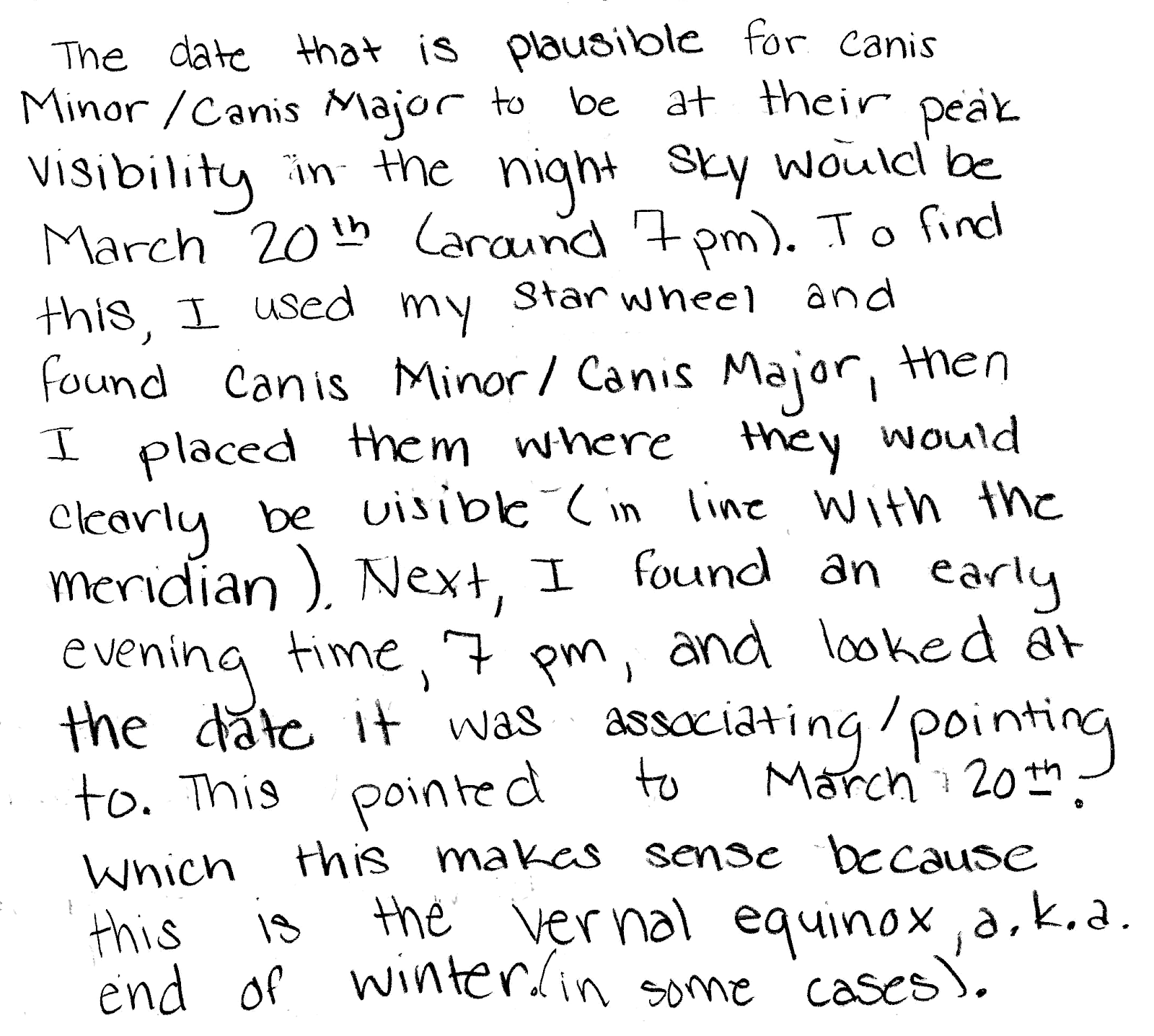