Astronomy midterm question: Cassiopeia and Cepheus near the zenith?

JzT: For Cassiopeia and Cepheus, when can you observe both constellations?
GfG: They are at their highest point in the sky in the early evening in early winter.

Discuss why this answer is correct for an observer in San Luis Obispo, CA. Support your answer by clearly explaining how you used your starwheel to do this, along with any assumptions that you may have made. (Ignore daylight saving time.)

A sample "p" response (from student 2622), placing Cassiopeia and Cepheus at the zenith, and finding a plausible date and time: 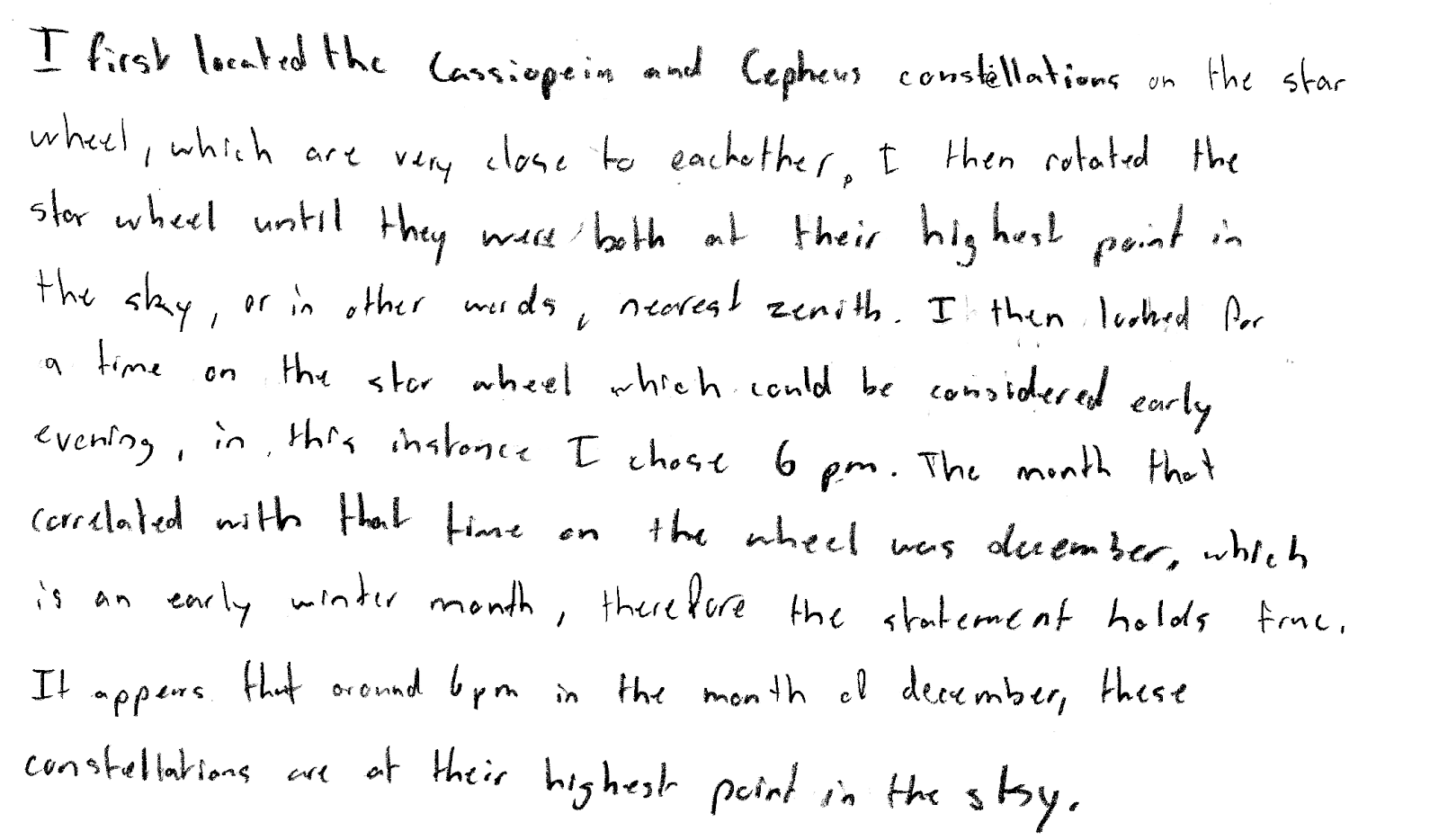 Another sample "p" response (from student 2137), using a plausible date and time, and finding Cassiopeia and Cepheus at the zenith (while also eliminating other "early season" dates and times): 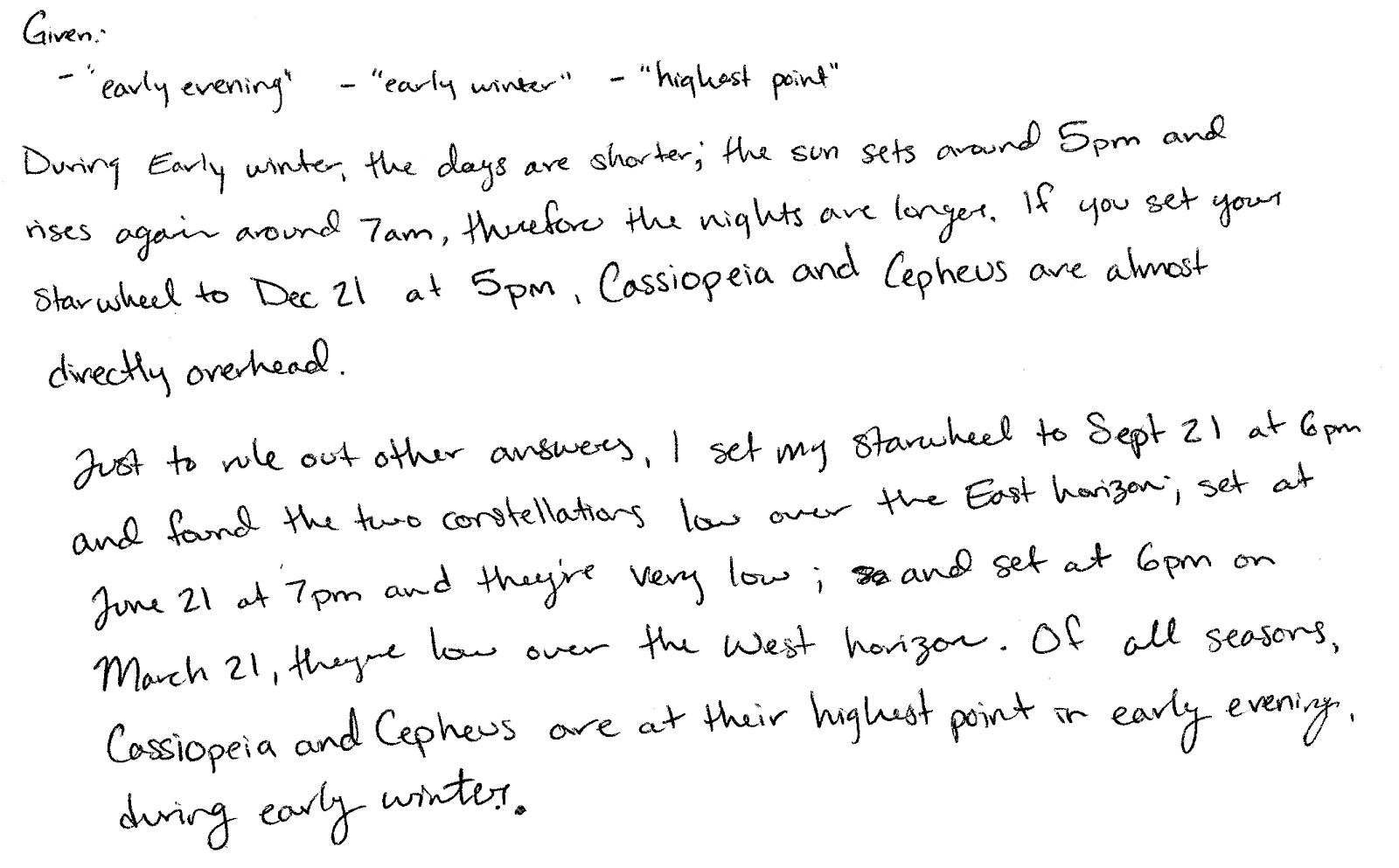