JzT: For Cassiopeia and Cepheus, when can you observe both constellations?
CAk: After sunset late in the summer, they will be located east of Polaris.

Discuss why this answer is correct for an observer in San Luis Obispo, CA. Support your answer by clearly explaining how you used your starwheel to do this, along with any assumptions that you may have made. (Ignore daylight saving time.)

A sample "p" response (from student 1352), placing Cassiopeia and Cepheus east of Polaris, and finding a plausible date and time: 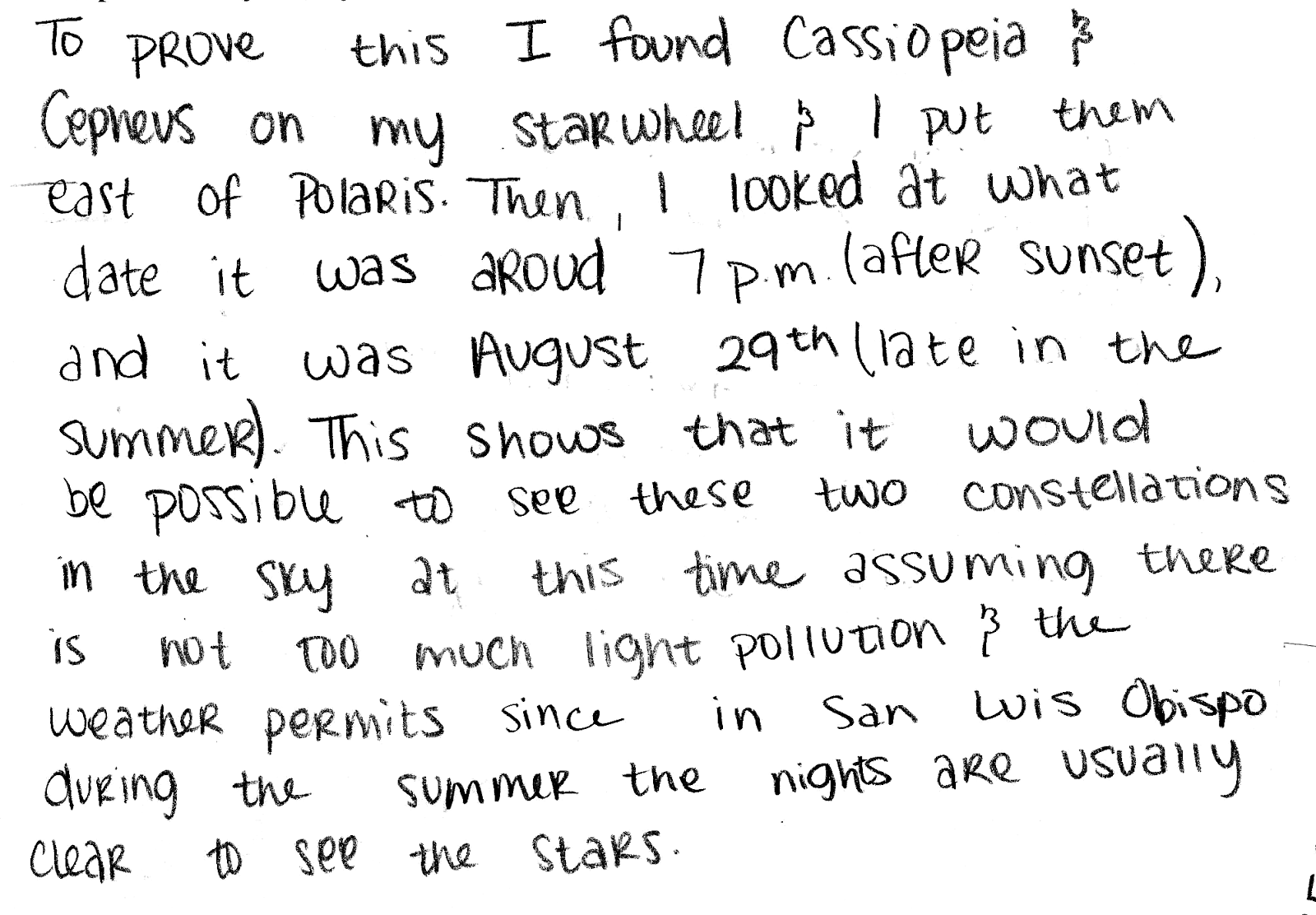 Another sample "p" response (from student 3432), using a plausible date and time, and finding Cassiopeia and Cepheus east of Polaris: 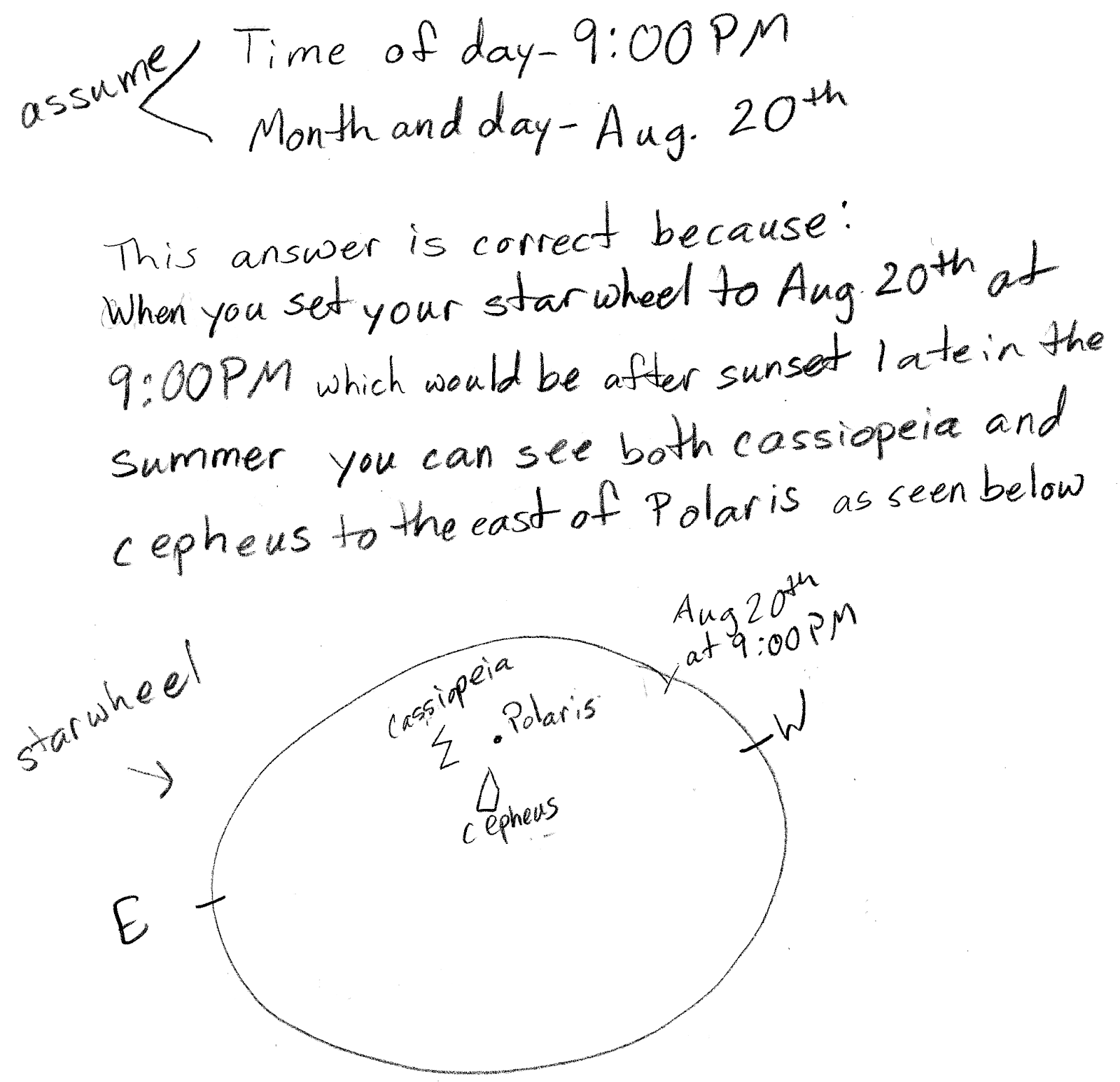