Two horizontal uniform beams are each mounted on pivots and suspended by 45° angle cables. The short beam is one-half the length of the long beam, but the short and long beams have the same mass. Discuss why the tension in the short beam cable is equal to the tension in the long beam cable. Explain your reasoning using diagram(s) with locations of forces and perpendicular lever arms, the properties of torques, and Newton's laws. 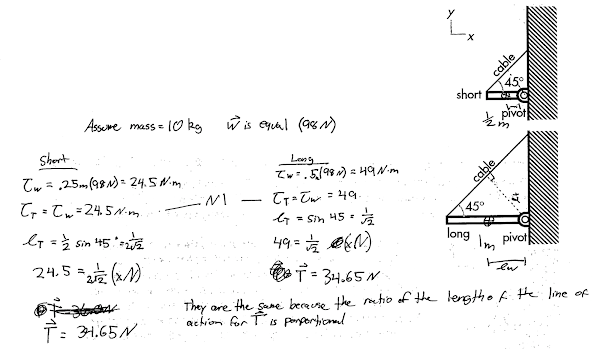